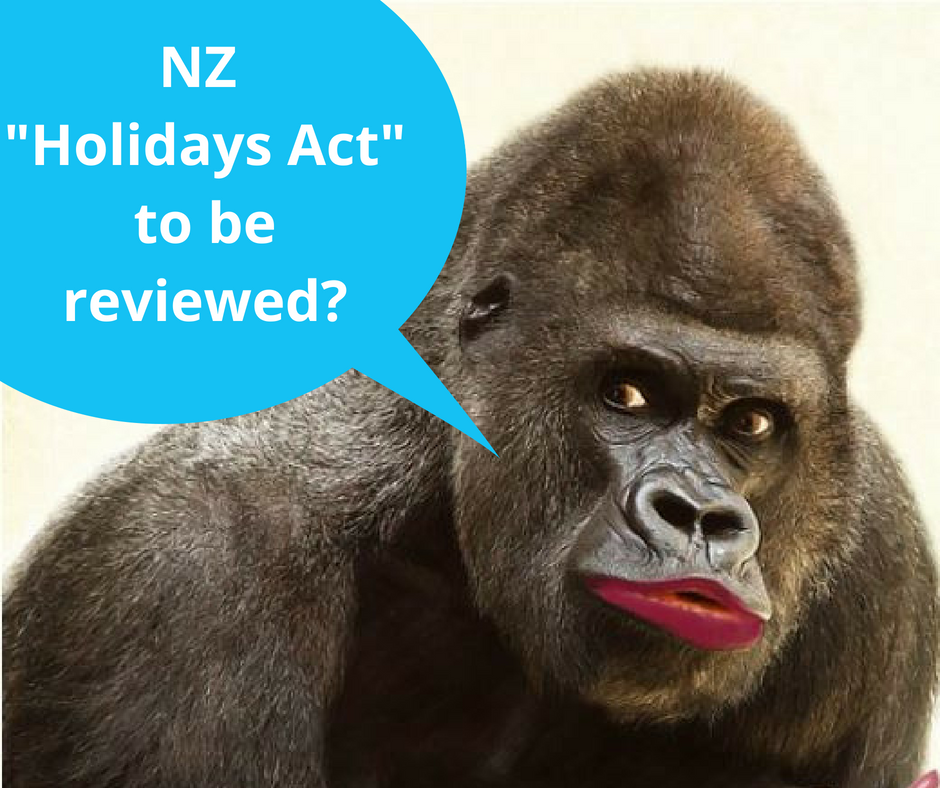 Yesterday the Workplace Relations Minister Iain Lees-Galloway announced there would be a review of the Holidays Act:-

"It's clear we need to look at the Holidays Act with a fresh pair of eyes and ensure it is fit for modern workplaces and new working arrangements," he said. "The legislation needs to be straightforward and simple to implement, and deliver fair rest and entitlements for workers."

The reality is the Holidays Act is not hard to apply when applied literally. The issue is that it was written for a different time and in today's business environment it requires interpretation to work with the way business operates. So it is interpretation and application which are the issues.

This review and any recommended changes are long overdue and should be welcomed by employers and employees alike. My only hope is that it receives the attention it deserves and those conducting the review are not influenced by the dogma of either side.

I also feel there is a danger that this process could be hijacked by hyperbole and clickbait headlines.

We have a "Payroll Expert"? stating: "two million Kiwis could be owed money" - This is patently ridiculous given there were only 2.6 million kiwis working in December 2017. My question - Where is the evidence?

Someone is quoted as saying: "Employers using "set and forget" payroll systems" So now we are blaming the payroll system providers? Payroll systems do what the humans who built them or who use them, tell them what to do and not the other way around. The onus is now and always has been on the employer. Not their payroll or their payroll provider. Ignorance is not a defence.

And finally, someone from the union side of this debate is quoted and saying they "did not accept the calculation was complex or difficult" in one breath and then in the next "Businesses are taking the easy way out because of the confusing law" You can't have it both ways. It's either not complex and confusing or it isn't.

Let's stick to the facts and fix the problem, not tinker with it.

I hope this process is allowed to take its natural course and that those doing the review use facts and reality rather than be influenced by the sort of emotive or biased views we get from the anti/pro brigades, whether they be political or employee vs employer.